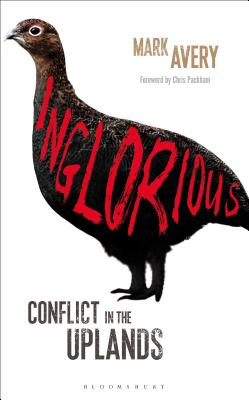 Inglorious: Conflict in the Uplands

An as new unmarked copy. "This uncompromising book dares to ask the big question: Whose country is it anyway?"

Driven grouse shooting, where flocks of Red Grouse are chased by lines of beaters so that they fly over lines of "guns" that shoot the fast-flying birds, is a peculiarly British field sport. It is also peculiarly British in that it is deeply rooted in the British class system. Grouse shooting is big business, backed by powerful, wealthy lobbying groups, with tendrils running throughout British society.

Inglorious makes the case for banning driven grouse shooting. Mark Avery explains why he has, after many years of soul-searching, come down in favor of an outright ban. There is too much illegal killing of wildlife, such as Buzzards, Golden Eagles, and, most egregiously of all, Hen Harriers; and, as a land use, it wrecks the ecology of the hills. However, grouse shooting is economically important, and it is a great British tradition. All of these, and other points of view, are given fair and detailed treatment and analysis, with testimony from a range of people on opposite sides of the debate.

The book also sets out Avery's campaign with Chris Packham to gain support for the proposal to ban grouse shooting, culminating in "Hen Harrier Day," timed to coincide with the "Glorious" 12th. Ever controversial, Mark Avery is guaranteed to stir up a debate about field sports, the countryside, and big business in a book that all conservationists will want to read.

Title: Inglorious: Conflict in the Uplands

Inglorious: Conflict in the Uplands