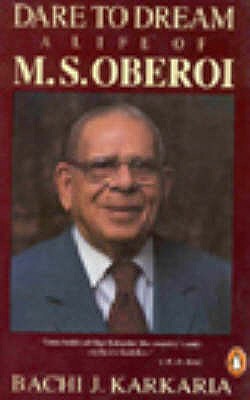 Dare to Dream: The Life of M.S.Oberoi

An unmarked copy in very good condition. "Describes how a man of modest beginnings became the head of an internationally celebrated hotel chain, and shows how a major business is built up, run and kept at the top."

Born in a small Punjab village at the turn of the century, Rai Bahadur Mohan Singh Oberoi began his career in the industry on a fifty-rupee-a-month wage at Simla's Cecil Hotel. But he was not destined to remain in his lowly position for long. With a combination of clear-sighted thinking, frugality and sheer hard work, he managed to put together a plan and the finances necessary to acquire his first hotel: Clarkes, That was only the beginning...Decades later The Oberoi Group has thirty hotels, girdles the globe, and is acknowledged as a standard setter.

Title: Dare to Dream: The Life of M.S.Oberoi

Dare to Dream: The Life of M.S.Oberoi