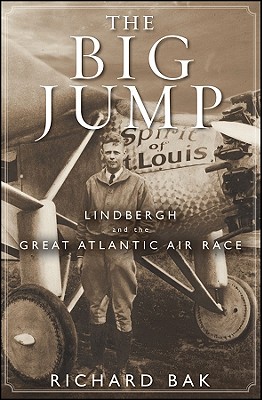 An unmarked as new copy which "tells the epic story of the boyish aviator who captured the world's imagination with his solo flight to Paris after several others had vanished in the attempt."

The race to make the first nonstop flight between the New York and Paris attracted some of the most famous and seasoned aviators of the day, yet it was the young and lesser known Charles Lindbergh who won the $25,000 Orteig Prize in 1927 for his history-making solo flight in the Spirit of St. Louis. Drawing on many previously overlooked sources, Bak offers a fresh look at the personalities that made up this epic air race - a deadly competition that culminated in one of the twentieth century's most thrilling personal achievements and turned Charles Lindbergh into the first international hero of the modern age.

History and the imagination take flight in this gripping account of high-flying adventure, in which a group of courageous men tested the both limits of technology and the power of nature in pursuit of one of mankind's boldest dreams.