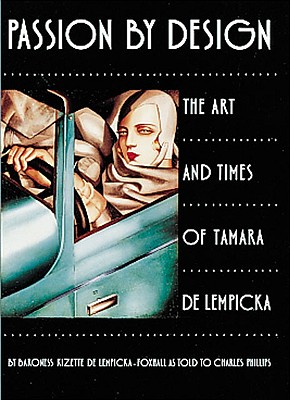 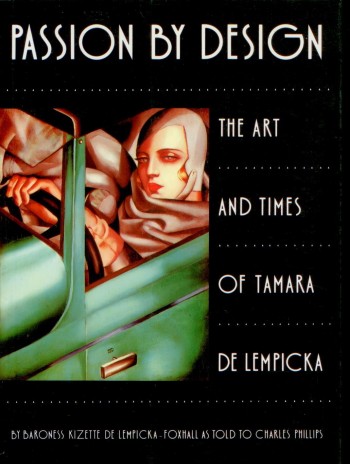 Passion by Design: The Art and Times of Tamara De Lempicka

Tamara de Lempicka captured the whirlwind decade of the 1920s on canvas, painting (and charming) the rich and famous of Europe in Art Deco portraits.
The threat of a second world war sent Tamara packing to America, where she reveled among the famous in Hollywood and the wealthy of New York, In the 1970s she was rediscovered when a gallery owner in Paris mounted a retrospective of her work, and today paintings that were unsellable for three decades fetch many hundreds of thousands of dollars.
Much of the story of de Lempicka's amazing life is told in moving detail by her daughter, whose recollections are amplified by anecdotes from others who knew the artist. The is illustrated by dozens of photographs from Tamara's personal album and by 50 full-color reproductions of her evocative paintings.

Title: Passion by Design: The Art and Times of Tamara De Lempicka

Passion by Design: The Art and Times of Tamara De Lempicka