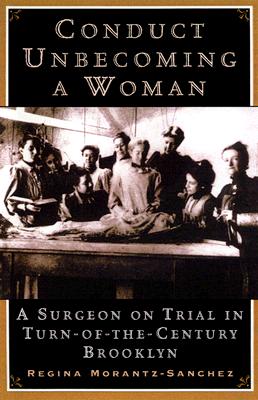 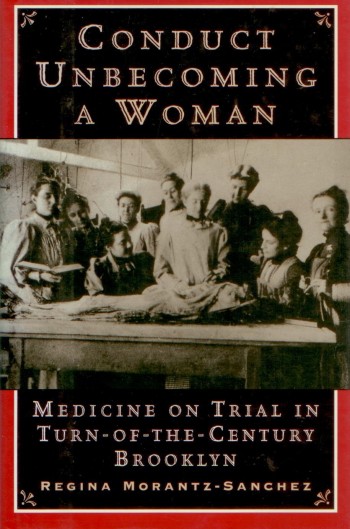 Conduct Unbecoming a Woman: Medicine on Trial in Turn-Of-The-Century Brooklyn

In the spring of 1889, a burgeoning Brooklyn newspaper, the Daily Eagle, printed a series of articles that detailed a history of midnight hearses and botched operations performed by a scalpel-eager female surgeon named Dr. Mary Dixon-Jones. The ensuing avalanche of public outrage gave rise to two trials--one for manslaughter and one for libel--that became a late nineteenth-century sensation.
Vividly recreating both trials, Regina Morantz-Sanchez provides a marvelous historical whodunit, inviting readers to sift through the evidence and evaluate the witnesses. Conduct Unbecoming a Woman is mesmerizing as an intricately crafted suspense novel. Jars of specimens and surgical mannequins became common spectacles in the courtroom, and the roughly 300 witnesses that testified represented a fascinating social cross-section of the city's inhabitants, from humble immigrant craftsmen and seamstresses to some of New York and Brooklyn's most prestigious citizens and physicians. Like many legal extravaganzas of our own time, the Mary Dixon-Jones trials highlighted broader social issues in America. It unmasked apprehension about not only the medical and social implications of radical gynecological surgery, but also the rapidly changing role of women in society. Indeed, the courtroom provided a perfect forum for airing public doubts concerning the reputation of one "unruly" woman doctor whose life-threatening procedures offered an alternative to the chronic, debilitating pain of 19th-century women.
Clearly a extraordinary event in 1892, the cases disappeared from the historical record only a few years later. "Conduct Unbecoming a Woman" brilliantly reconstructs both the Dixon-Jones trials and the historic panorama that was 1890s Brooklyn.

Conduct Unbecoming a Woman: Medicine on Trial in Turn-Of-The-Century Brooklyn