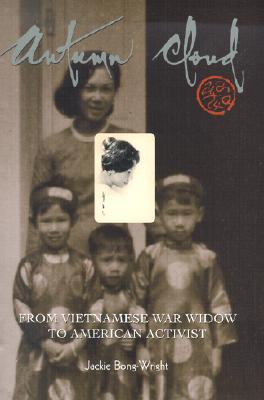 Autumn Cloud is the story of Jackie Bong Wright's family from the French colonial period, through the Vietnam War, to the present. Born in 1940, at the beginning of World War II, Ms. Wright stands at the center of the modern Indochinese drama, which started in the last century, and has yet to be fully played out. While the Vietnam War is deeply ingrained in a generation of Americans, its history for us is often one-sided - flavored with blame, corrupt generals and politicians, drugs, the Viet Cong and Saigon bar girls. In telling her family's story, she is also telling the story of countless Vietnamese families, ordinary people who struggled to make a success of their lives amidst chaos and upheaval. Ms. Wright moves from a girlhood on a Cambodian rubber plantation to school in Paris, marries a leading political dissident who is later murdered, escapes to America in 1975 with her children, and makes a new life, with a new American husband.