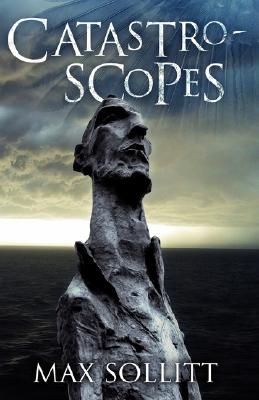 A creative and adventurous Australian bloke's battle with clinical depression and Anno Domini. Around 2000 men take their own lives in Australia each year, which is approximately four times the female suicide rate. But only about half as many men as women suffer from clinical depression. It seems obvious that this disparity in suicides is due to the Aussie bloke's self-image of toughness and taciturnity, many being reluctant to confide even in their girlfriends or wives, let alone their close mates, about any severe depression they experience. And so they suffer often in silence, seeking no help from health professionals until it is too late and they cannot resist the strong urge to self-destruction that is a symptom typical of both clinical and manic depression, bi-polar disorder as the latter is now more commonly called. Max Sollitt has experienced all the symptoms of clinical depression and tells in a down-to-earth, sometimes darkly humorous way how he stopped himself from becoming another unit in the grim statistics. But this autobiography is not just a story of depression defeated; it is an account of the life until the age of 77 of a seafarer and writer, bibliophile and drunkard, who makes philosophical and psychological enquiries into his relationships over the years with his parents, school-teachers, mates and the opposite sex. So besides being a book that will interest in particular the families and friends of sufferers from mental illnesses such as clinical depression, bi-polar disorder and schizophrenia, and also, of course, the sufferers themselves, Catastroscopes is an intriguing life story with appeal for both the older and younger generations. Author Bio-Max Sollitt wasborn in Geelong in 1927 but grew up in the eastern suburbs of Sydney. He narrowly escaped death at the age of five after contracting diptheria in a Bondi orphanage, then after leaving school at the age of sixteen contracted hip-disease and was strapped to a frame in The Prince Henry Hospital for six months. He recovered enough, however, to join the Merchant Navy as a radio officer in 1946, where he began to write short stories and newspaper feature articles when off watch, his first story published in 1948 and first article a year later. Since then he has had many stories and articles published as well as some poetry, and actually worked as a freelance journalist for some years after leaving the sea in 1962. His novel The Correspondence Course was published by Zaresky Press in 2001.

Keywords: MIND AND BODY AUTOBIOGRAPHY AND,