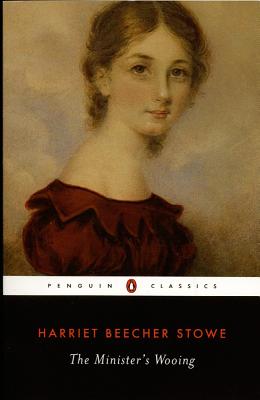 From the author of Uncle Tom's Cabin, a domestic comedy that examines slavery, Protestant theology, and gender differences in early America.

First published in 1859, Harriet Beecher Stowe's third novel is set in eighteenth-century Newport, Rhode Island, a community known for its engagement in both religious piety and the slave trade. Mary Scudder lives in a modest farmhouse with her widowed mother an their boarder, Samuel Hopkins, a famous Calvinist theologian who preaches against slavery. Mary is in love with the passionate James Marvyn, but Mary is devout and James is a skeptic, and Mary's mother opposes the union. James goes to sea, and when he is reportedly drowned, Mary is persuaded to become engaged to Dr. Hopkins.

With colorful characters, including many based on real figures, and a plot that hinges on romance, The Minister's Wooing combines comedy with regional history to show the convergence of daily life, slavery, and religion in post-Revolutionary New England.

For more than seventy years, Penguin has been the leading publisher of classic literature in the English-speaking world. With more than 1,700 titles, Penguin Classics represents a global bookshelf of the best works throughout history and across genres and disciplines. Readers trust the series to provide authoritative texts enhanced by introductions and notes by distinguished scholars and contemporary authors, as well as up-to-date translations by award-winning translators.