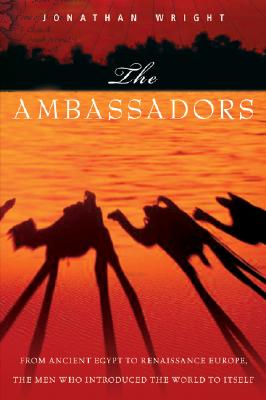 The Ambassadors : From Ancient Greece to Renaissance Europe, the Men Who introduced the World to Itself

We think of ambassadors as simply diplomats-but once they were adventurers who dared an uncertain fate in unknown lands, bringing gifts of greyhounds and elephants to powerful and unpredictable leaders. In vivid detail, The Ambassadors traces the remarkable journeys of these emissaries, taking us from the linguistically challenged Greek Megasthenes to the first Japanese embassies to China and Korea; from Mohammed's ambassadors to Egypt to the envoys of Byzantium, who had the unenviable task of convincing Attila the Hun to stop attacking them. We also witness the dialogue between Europe and Moorish Spain, and meet the ill-fated envoys sent in search of the mythical king Prester John.
What Europe still thinks of Asia and what Asia still thinks of Africa were in no small part kindled in these long-ago first encounters. From the cuneiform civilizations of the ancient Near East to the clashing empires of the early modern age, Wright brings alive the men who introduced the great cultures of the world to each other.

Title: The Ambassadors : From Ancient Greece to Renaissance Europe, the Men Who introduced the World to Itself

The Ambassadors : From Ancient Greece to Renaissance Europe, the Men Who introduced the World to Itself