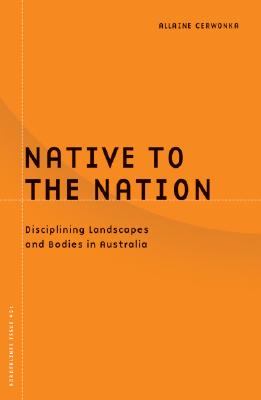 Native to the Nation: Disciplining Landscapes and Bodies in Australia (Borderlines, Volume 21)

In a world increasingly marked by migration and dislocation, the question of displacement, and of establishing a sense of belonging, has become ever more common and ever more urgent. But what of those who stay in place? How do people who remain in their place of origin or ancestral homeland rearticulate a sense of connection, of belonging, when ownership of the territory they occupy is contested?

Focusing on Australia, Allaine Cerwonka examines the physical and narrative spatial practices by which people reclaim territory in the wake of postcolonial claims to land by indigenous people and new immigration of "foreigners." As a multicultural, postcolonial nation whose claims to land until recently were premised on the notion of the continent as "empty" (terra nullius), Australia offers an especially rich lens for understanding the reterritorialization of the nation-state in an era of globalization. To this end, Native to the Nation provides a multisited ethnography of two communities in Melbourne, the Fitzroy Police Station and the East Melbourne Garden Club, allowing us to see how bodies are managed and nations physically constructed in everyday confrontations and cultivations.

Title: Native to the Nation: Disciplining Landscapes and Bodies in Australia (Borderlines, Volume 21)

Native to the Nation: Disciplining Landscapes and Bodies in Australia (Borderlines, Volume 21)